The outlook for the construction industry as a whole may be mixed as the economy rebounds fully from the pandemic, but as Glenigan’s newly released UK Construction Industry Forecast for 2022-23 shows, various key sub-sectors and regions continue to stand out as offering good opportunities for new construction work and contracts.

New construction work is set to grow significantly next year in the industrial building sector, particularly warehousing and logistics and in hotel & leisure, helped by recovery in the travel business. Meanwhile, construction workloads in the north of England and the Midlands will benefit from the government’s focus on ‘levelling-up’ whilst the work pipeline for civils contractors will be bolstered by public sector investment in major infrastructure projects.

The pace of new development of warehousing and logistics facilities to meet the needs of online retailers continues to gather momentum. After a 33% rise in industrial project-starts this year, Glenigan is now forecasting a further 24% rise in starts in 2022. A 6% increase in industrial starts is also forecast for 2023 as developers respond to historically low levels of vacant space in the sector.

Glenigan data highlights the range of new opportunities available in the sector. In Warrington in the North West, for example, detailed plans have been granted and tenders returned for Miller Developments’ £70 million Omega Zone 8, Automated Distribution Centre where work is set to start next spring and run for 12 months (Project ID: 19388683).

Meanwhile, at the smaller end, Clipper Logistics has submitted detailed plans for a £2.6 million scheme of two temporary warehouse units in Sheffield where work could also start next spring (Project ID: 21517480).

The Glenigan forecasts show that new project approvals in the industrial sector have been particularly strong this year in the East Midlands, North West and West Midlands which bodes well for the future work pipeline in those regions. One significant East Midlands project where work is set to start early in the new year is Magnavale Properties’ £67.1 million warehouse Project Phoenix Grantham which will involve some 23,648 sq m of new B8 warehouse space in the Lincolnshire town (Project ID: 18161898).

The medium/longer term outlook for the warehousing/logistics sector is also promising, particularly for new space within cities. According to Knight Frank, online sales are set to grow from 27% to 30% of total retail sales by 2025 – growth equal to an extra £37 billion of sales. With every £1 billion of online sales requiring around 320,000 sq ft of urban logistics space, the agent believes this could drive the development of an extra 12 million sq ft of ‘last mile’ space. This would help meet shoppers’ needs for faster delivery times as well as enabling logistics firms to hold stock closer to consumers.

Having been one of the sectors hardest-hit by the pandemic, hotel & leisure-related construction has staged a modest recovery in 2021 which is set to quicken over the coming two years. After plunging by 40% in 2020, the latest Glenigan forecasts see the value of project starts across the sector rising by 8% this year, by 25% next year and by a further 17% in 2023.

New work prospects in the sector should be supported by a revival in hotel-related development as the major leisure groups seek to cater for more UK-based ‘staycationers’ and a gradual recovery in overseas tourist numbers. Travelodge, for example, is set to open 17 new hotels this year across the country and is aiming to open a similar number each year.

New Travelodge schemes increasingly form part of wider-ranging leisure sector developments. At the £50 million Colchester Northern Gateway Retail Leisure Development, a Travelodge hotel forms part of a scheme which also includes a stadium, offices, health & fitness facilities, restaurants and cafes. In all, some 27,344 sq m of new space will be built in a project where work is due to start in the new year and run over 22 months (Project ID: 16146790).

Meanwhile, Premier Inn’s parent company Whitbread recently pointed to leisure demand for its hotel space remaining strong in the second half with business demand also improving. The improving market is translating into a significant new development programme; Premier Inn has a pipeline of almost 10,000 hotel rooms which involves opening new space with around 3,000 rooms each year.

New work hotel & leisure sector opportunities look set to brighten in the North West, South East, South West and the East of England. The latest Glenigan forecasts show that all these regions saw marked upturns in the value of new project approvals in the sector during 2021.

One major scheme in the North West with a significant hotel & leisure element where work is set to start early in the new year is the £300 million Blackpool Central Masterplan. It involves an ‘aparthotel’, theme park, multi storey car park & commercial units on the resort’s Golden Mile. A planning application has been approved for the scheme where construction work could continue up to 2030 (Project ID: 18427922).

Meanwhile, in London, the imminent £300 million redevelopment of the Ritz Hotel in Picadilly – where detailed plans have been granted and work is set to get underway in the new year – marks a vote of confidence in the capital’s upmarket tourist scene (Project ID: 07378501).

Any sustained recovery in new build office starts is unlikely before major employers can take a clearer view on their space needs and how widespread the shift to home-working is likely to prove. Yet after a sharp fall in starts in 2020, activity has largely recovered in the sector this year and Glenigan is now forecasting a 3% rise in starts next year followed by a further 5% growth in 2023.

Landsec, the UK’s largest commercial property developer and investor, said this month that office utilisation has increased markedly over the past couple of months and that demand for London office space should remain resilient for the rest of this financial year. This should reinforce confidence amongst developers in the capital, which remains easily the largest regional market for new office project approvals.

As well as four major office developments by the group which have been approved or are in progress, Landsec’s office pipeline in London includes two major proposed new developments; Timber Square, SE1, a £260-280 million scheme of over 380,000 sq ft and Portland House SW1, a £180-£200 million scheme involving 295,000 sq ft of space where planning has been granted and refurb options are being looked at (Project ID: 13083982). Landsec also plans to spend £135 million over the next nine years to make further reductions in its carbon emissions.

Contractors will also take heart from Deloitte’s latest London Office Crane Survey which pointed to a significant improvement in confidence in the sector. It showed that the volume of new office starts in the capital rose to 3.4 million sq ft over the April-September period, up by 10% from the previous survey in May well above the long-term average of 2.4 million sq ft. The average size of each scheme also rose by 28%, pointing to a greater appetite for risk amongst developers.

But the new Glenigan forecasts note that activity in the sector is likely to be driven by office refurbishment and conversions as businesses re-model and adapt their space to new ways of working.
This message is echoed in the Deloitte survey which says that despite a recent rise in the proportion of new office builds, the structural shift towards refurbishments continues, driven by sustainability and concerns over embodied carbon

Glenigan data reflects the wide variety and scale of new work opportunities on office refurbishment and conversion projects. For example, work is set to start early in the new year on a major £25 million office extension/refurbishment at Liberty Place in London’s Bishopsgate where CLI Dartriver is the client on a contract set to run for 15 months (Project ID: 21254268).
Elsewhere, tenders have been returned and work is due to start in the new year on a £1 million conversion of a City of London Corporation office building at 79 Upper Thames Street (Project ID: 21470422).

The group has also invested in mixed use schemes through its acquisition of a 75% stake in MediaCity in Salford (Project ID: 04258734) and by progressing planning applications at the £145 million O2 Finchley Road Development (Project ID: 21265875) and for a scheme in Lewisham.

In the light of a sustained increasing in civils contracts awards this year – notably through the £24 billion second Road Investment Strategy, Network Rail’s CP6 investment programme and HS2 contracts – Glenigan is forecasting a 2% increase in civil engineering starts next year and a further 4% in 2023.

The government might be facing political difficulties from its recently announced plans to abandon the full eastern leg of HS2. But the £96 billion Integrated Rail Plan (IRG) which it also unveiled this month will generate huge investment in rail construction work and upgrades in the Midlands and the North. It should mean some new work in the long-term pipeline is brought forward, particularly on the Leeds-Manchester Northern Powerhouse Rail and on upgrades to the East Coast mainline. 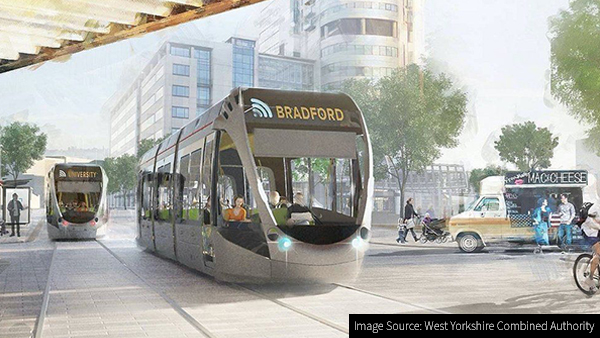 Glenigan data highlights a series of major new rail projects created by IRG. These include the £300 million East Midlands Rail Hub in Nottingham (Project ID: 17144152), the £600 million West Yorkshire Mass Transit Network in Leeds (Project ID: 21440264) and the digital signalling upgrade on the East Coast Mainline (Project ID: 20262859), which is due to start next year.