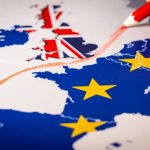 The International Steel Trade Association has proposed to lift the import safeguard quota for 12 months from July amid the current material shortage in Europe, a March 18 letter by ISTA sent to the European Commission said.

The letter is a response to the current review by the EC of the safeguard quotas that are due to expire by the end of June.

“The last six months provide a strong case for the view that the quota system is not only unnecessary but its inflexibility has contributed to price hikes, shortages, and an uneven flow of supply as shipments are held or advanced according to quota availability: the very distortion in trade flows which the measure claimed it would avoid,” ISTA said in its letter, seen by S&P Global Platts.

The association said that the “safeguard holiday” could be reviewed if circumstances change.

Buy-side sources asked by Platts supported the proposal as they scramble for material.

European mills however have urged the EC to extend safeguards measures.

“The EU steel safeguard is a factor of stability in a volatile market,” European steel producer association Eurofer told Platts. “The quotas were not reduced when demand collapsed in spring last year when the Covid-crisis broke out, neither are they to be increased or eliminated now. The quotas are not a tool to micro-manage volatility in the market. Instead, they have a preventive function looking at the risk of trade disruption because of global excess capacity and within this context the deflection pressure caused by US S232.”

The EC introduced steel safeguards on 26 product categories in July 2018 after steel imports surged in 2017-18 and the US’ March 2018 imposition of Section 232 taxes on steel imports, which caused trade deviation. As Section 232 is set to stay for now – although consumer groups have been rallying against it – the EC will have to make a decision how to adapt the safeguard policy. The investigation has been requested by 12 EU member states.

A decision on the review is expected at end May.

EU Customs and Taxation data showed that in the current January-March quota period the vast majority of quotas for product groups are unlikely to be filled. For hot-rolled coil only imports from India have received the “critical” status meaning that only 500 mt can still be imported until the end of March without a 25% duty. In the cold-rolled coils product group only Ukrainian material has been 100% filled with the last allocation date March 8. In the coated coils category 4a, the South Korean quota has been exhausted, as has the UK quota for category 4B. In the plate, rebar and wire rod product groups, Russian material has been filled, while Turkish-origin rebar has reached the “critical stage” with 2,685 mt remaining to be imported duty-free.

European domestic steel prices particularly for flat steel products have been rallying towards all-time highs with the Platts daily HRC EXW Ruhr assessment seen a continuous upward trend since summer 2020 from its lowest point at Eur395/mt on June 22. By December 2020 material shortages have become so apparent that prices rallied heavily up from Eur554/mt EXW Ruhr on Dec 1 to Eur790/mt EXW Ruhr on March 18, short Eur20/mt of its highest assessed value, seen in 2008.

European steel sources have described the current steel shortage across the continent as “desperate”, while European mills struggle to keep up with orders, having months of delivery delays. Imports have also been heard as uncompetitive, which is seen as the main factor why quotas have not been filled. As of late however, more buyers put the emphasis on volume availability than price as of late.