IIW Announcing a New Statement on Lung Cancer and Welding 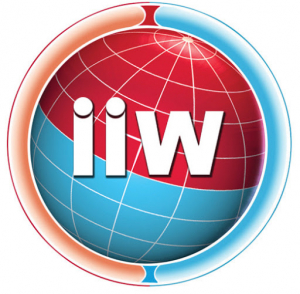 IIW is recognised as the largest worldwide network and centre of reference for welding and allied joining
technologies. It operates as the global body for the science and application of joining technologies,
providing a forum for networking and knowledge exchange among scientists, researchers, industry and
educators, and disseminating leading-edge information and best practices.

Commission VIII “Health, safety and environment” is devoted at studying of phenomena occurring during welding which potentially affect health, safety and the environment, and the development of technical guidance documents for correct management of the fabrication process in industry. Commission VIII acts as the global interdisciplinary forum for exchange of knowledge in the field, supported by the expertise of its members representing different scientific disciplines including Medicine, Chemistry, Occupational Hygiene and Welding Engineering.

This assessment was based on an epidemiological excess risk for lung cancer and was supported by
publications on local and systemic inflammatory processes and a suppressive effect on the immune system caused by welding fumes.

The IIW statement on Lung Cancer and Welding
In 2003, IIW Commission VIII issued a statement on the excess risk of lung cancer in electric arc welders. In 2011, this statement was reconfirmed (Ref. Welding in the World, 55, 12-20, 2011).

IIW recommended that to eliminate the excess risk of lung cancer, welders and their managers must ensure that:
– Exposure to welding fumes is minimised, at least to national guidelines,
– There is no further exposure of welders to asbestos, and
– Welders are encouraged and assisted not to smoke tobacco.

On the balance of evidence, the grade of risk excess has been confirmed. This assessment has been
corroborated also in a meta-analysis published subsequently after the IARC monograph 118 (Honoryar et al. 2019). Again, the excess risk has been shown irrespective of the type of steel (mild steel or stainless steel) welded.

In addition to lung cancer, IARC stated that there is also an excess risk for kidney cell cancer, as shown in several epidemiological studies. The evidence was rated “limited” due to the fact that any confounding
effect of solvents could not be ruled out.

IARC also classified ultraviolet radiation from arc welding as carcinogenic (sufficient evidence, group 1),
based on an excess risk of uveal melanoma of welders found in some epidemiological studies.

Therefore, based on the current state of knowledge, IIW confirms its statement from 2011 and encourages all those responsible to reduce the exposure to welding fume to a minimum.

IIW recommends that to eliminate the excess risk of lung cancer, welders and their managers must ensure that exposure to welding fume is minimized, at least to national guidelines.

Use of the statement
The statement will be published on all IIW media and shared with our community of experts to be spread as widely as possible, to confirm IIW as the Best International provider of certification and best practices – ensuring the highest standards for all welding projects with global scope and impact.