The material, which was originally known as ‘rustless steel’, was not an instant success and Brearley was branded the inventor of the ‘knife that would not cut’.

Cutlery is often branded with numbers such as 18/8 or 18/10 which relates to the percentage of chrome and nickel within the steel. 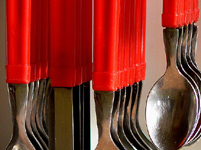 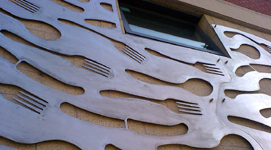 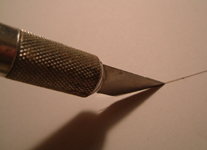 Usually made from steel, bronze, obsidian or even bamboo, scalpels were some of the first medical instruments ever to be used by civilised man. Although it is not known exactly when the first scalpel was used, they were widely available during the era of Hippocrates circa 460BC and the Ancient Egyptians are believed to have used obsidian scalpels during the embalming process over 4000 years ago. 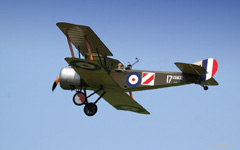 During the First World War stainless steel was used in the engines of BE2’s, RE8’s. DH2’s, Sopwith Triplanes, Sopwith Camels and SE5a’s.

Dr W H Hatfield of Sheffield was the first person to use stainless steel on a car, applying the metal as a radiator and trim on his bullnose Morris Cowley. 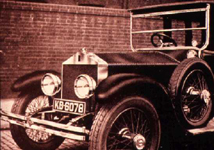 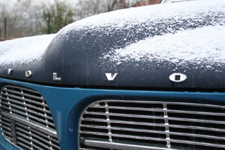 The first official supplier of the Swiss Army Knife was the company ‘Victorinox’. In 1909 company founder, Karl Elsener, renamed the company ‘Victoria’ to honour the passing of his mother and in 1921 added ‘inox’ (the international symbol for stainless steel) when the company began using the material in production. 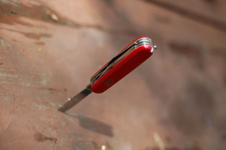 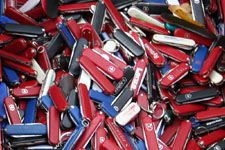 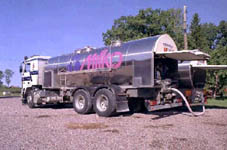 The nation’s 9,000 milkmen deliver to around 5 million homes daily. Interestingly, cows are accountable for 20% of human-related methane emissions. That means the 1.3 billion cows on the planet produce around 300,000 billion litres of methane annually, wow.

The chemical tanks were the first applications for stainless steel plate when in 1925 it was used to create a chemical tank for the storage of nitric acid. 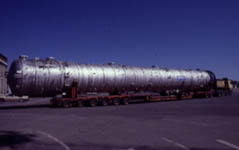 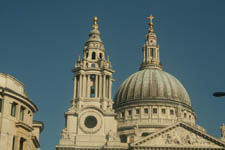 The great dome of the cathedral is 110 feet wide and 368 feet high and in 1925 the iron chain which held the dome together without the need for buttresses was replaced by stainless steel reinforcement chain.

Built in 1929 the Chrysler Building’s top 88 metres are clad in stainless steel. Van Alen’s interpretation of Chrysler’s eagle bonnet ornament, logo and hubcaps in stainless steel continue to gleam brightly even though they have been cleaned only twice in their entire life.

During the time of construction there was fierce competition to build the world’s tallest skyscraper and during the final stages the Chrysler building was level with H. Craig Severance’s 40 Wall Street. Severance quickly added 2 additional floors and claimed the title of worlds tallest building. However, Van Alen, unbeknown to Severance, had already been granted the permission to erect a 125ft spire atop of the building. The spire was fitted on October 23, 1929, and made the Chrysler building the world’s largest structure and building until the Empire State Building was completed in 1931. 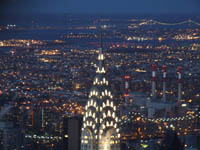 The Spirit of Ecstasy was designed by Charles Sykes and carries with it a story about secret passion between two people at differing ends of the social spectrum. The model for the emblem was Eleanor Velasco Thornton, the secret love of John Walter Edward Douglas-Scott-Montagu for over 10 years. Only a close group of friends knew of the love between the pair, Charles Sykes was one of them. When Montagu commissioned Sykes to sculpt an emblem for the bonnet of his Rolls-Royce Silver Ghost, Sykes would choose Eleanor Thornton as his model. Sykes originally crafted a figurine of her in fluttering robes, pressing a finger against her lips, dubbing his creation ‘The Whisper’. Following this Sykes was asked to produce an emblem which would adorn all future Rolls-Royce cars. Sykes chose to modify ‘The Whisper’ into a model more akin with what we see today; ‘The Spirit of Ecstasy’.

Royce was ill during the commission of the flying lady and did not believe the figurine embellished the cars, instead complaining that it impaired the view of the driver. Thus, it was very rare to spot Royce driving one of his companies vehicles adorned with the famous mascot. 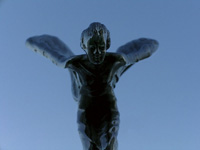 On May 26 1934 the Zephyr set a record for its ‘dusk-to-dawn’ dash from Denver, Colorado to Chicago, Illinois. The train covered the 1015 mile distance in 13 hours and 5 minutes and became the main inspiration behind the 1934 film ‘The Silver Streak’. 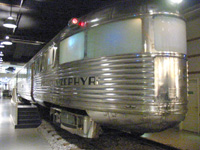 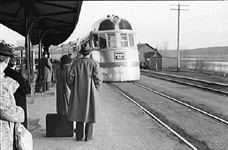 The Merlin was the last aero engine designed by Henry Royce before his death in 1933, but wasn’t built until 2 years after he died. The Merlin went on to be used in the iconic British fighter plane, the Supermarine Spitfire. 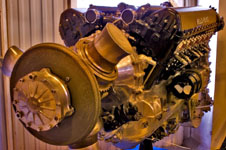 2 stainless steel coins were produced in the year 1941; an Italian coin to the value of 1 lira, and an Albanian 1 Lek coin. Both the coins bore inscriptions King Vittorio Emanuele III who abdicated his power in 1946 after 46 years on the Italian throne. The reason Vittorio appeared on the Lek was because at the time of commission Albania was under the control of Italy after a World War II attack in 1939. 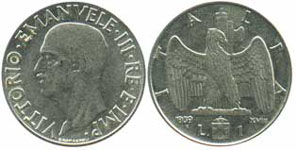 The Queen Mary made her maiden voyage across the Atlantic in 1936 and the ship made extensive use of stainless in its kitchens, swimming pools, interior décor and turbines.

In 1936 she won the ‘Blue Riband’ award for the fastest crossing of the Atlantic Ocean.

The Queen Mary retired in 1967 and now acts as a hotel and museum in Long Beach, California. 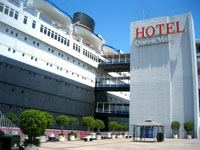 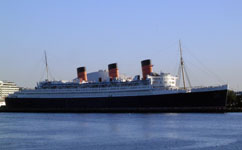 The Savoy Hotel forecourt is the only street in Britain where vehicles must drive on the right hand side. 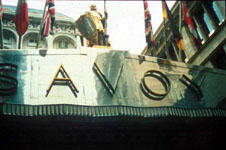 The Pier stretches a massive 2100 metres and contains 220 tonnes of stainless steel reinforcement bar! The pier is one of the longest in the world, but not quite as long as the Southend-on-Sea pier which runs for a colossal 2158 metres! 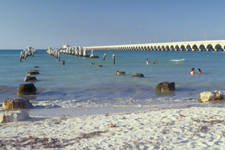 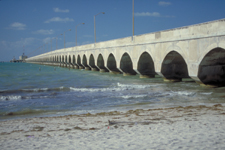