Stainless steel was used primarily in the gas turbines of the combustion engine, but later appeared in many other components. The combustion engines themselves have been used in a wide range of vehicles, primarily used in jets but also found in varieties of locomotive, helicopters, automobiles and even tanks. Although it differs greatly from the modern equivalents, the first ever turbine engine, dubbed the Aeolipile, was designed in 150BC by the Egyptian scientist Hero. 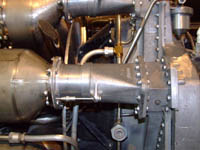 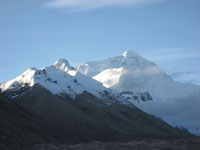 Edmund Hillary and Tenzing Norgay became the first people to conquer the 8,848 metre high Mount Everest in 1953 and the pair were helped by containers of oxygen which were crafted in stainless steel. On the 26th of May 1953 Tom Bourdillon and Charles Evens came within just 300 feet of the summit, but were forced to turn back due to exhaustion. 3 days later on May 29th New Zealander Hillary and Sherpa Norgay successfully completed the climb during the 9th expedition to the great mountain.

Calder Hall in Cumberland became the first nuclear power station in the UK, and relied heavily on stainless steel for its high temperature resistance and safety factor.

The Bristol was nicknamed the ‘flaming pencil’ and was Britain’s first all steel supersonic research aircraft, and in order to withstand temperatures in excess of 250 degrees centigrade 90% was made using stainless steel. The Bristol was a duel engine aircraft which weighed around 40 000lbs and was designed to be the first aircraft to break the Mach 2 barrier in order to undertake research on kinetics and the heating effects on airframes. Major delays were caused due to unsatisfactory puddle welding and eventually the project was cancelled in 1957 with only 3 188’s ever produced. 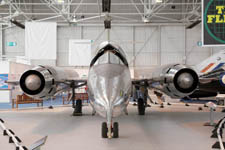 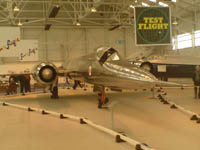 Initially breweries employed coopers to hand-make wooden barrels for the storage of alcohol. The coopers would often construct the barrels without the use of measuring equipment, instead relying on their own sight and judgement. Similar to the vocation of Smithing leading to the English name Smith, Cooperage lead to the name Cooper. 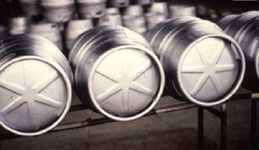 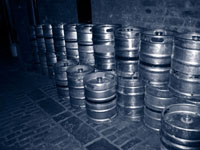 The Blue Streak was made entirely out of stainless steel and powered by a Rolls-Royce RZ2 engine. Initially the cost of the missile was estimated at £50 million in 1955 but dramatically increased to £300 million by 1959. The British government was reluctant to cancel the project considering the huge financial resources which had been invested. However, problems with the speed of deployment were raised, and although the 20 tonnes of kerosene could be left within the missile, the 60 tonnes of liquid oxygen used as the propellant had to be done immediately prior to launch in order to avoid icing. The loading of the liquid oxygen took around 15 minutes, making the Blue Streak useless as a rapid response missile. Subsequently, in 1972, the Blue Streak project was finally cancelled at a huge cost to the British and Australian governments. 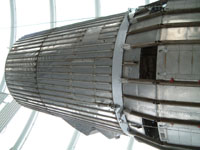 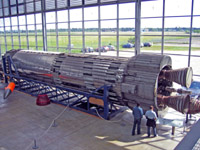 Between 1967 and 1973 NASA launched 13 Saturn V’s in all, one of which was used during the Apollo 11 moon landing! The Saturn V weighs 6 million lbs, stands at a height of 364 feet (one foot shorter than St Pauls Cathedral) and has a diameter of 33 feet. 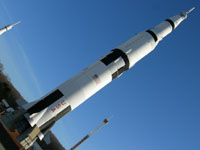 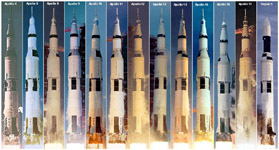 Gateway to the West, St Louis

Erected in St. Louis, Missouri, USA, this is the world’s tallest monument. The structure, which was completed on October 28, 1965, cost $29 million and is a huge 630ft high and 630ft wide. It was built to celebrate the westward expansion of the United States after the Louisiana Purchase of 1803. The inside of the monument is hollow, allowing a specially designed tram to ferry passengers to the observation deck at the peak. 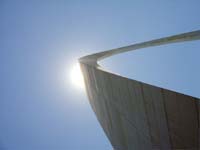 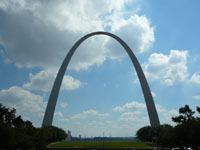 The gothic cathedral is the largest in Northern Europe, and the famous 76 foot high Great East Window is the largest area of medieval stained glass in the world. It is estimated that around 2 million individual pieces of glass make up the windows of the cathedral. Much restoration work has been carried out on the cathedral, which required 32mm diameter stainless rods to be used in the foundations in order to stop it from collapsing! 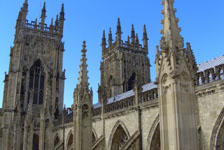 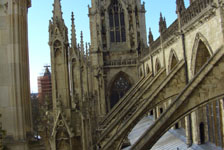 The Concorde used stainless steel in its rudders, elevons and engine nacelles during its maiden flight. Only 20 Concorde were ever in operation, and the plane made its final landing on the 26th of November 2003. 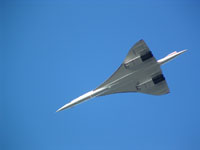 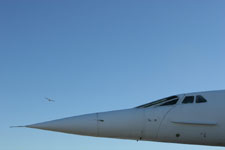 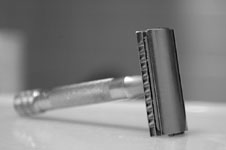 American Elwood Haynes claimed to have invented stainless steel in 1911 after becoming disillusioned with his rusty razor blade. 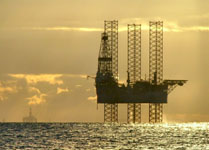 The first North Sea oil well was opened in 1971, and by 1975 the oil was being piped directly to the UK mainland. However, oil from the North Sea will not last forever and reserves have steadily declined since peak production in 1999.