The Discovery of Stainless Steel

‘Who was the inventor of stainless steel?’

A confident look passes across your face, maybe the slightest hint of a cheeky grin, victory is in sight my friend! This is the question that makes you a million, wins you that holiday of a lifetime, gives you the title of office genius, or gets you that elusive slice of pie on the Trivial Pursuit board.

You know this one…. don’t you?

Since the dawn of man colonies have raced against each other to uncover new technologies, to be the first to stamp their names on a discovery, and although we’ve evolved over millions of years, (most of us, anyway), the urge to be the first remains at the very core of our nature. This sense of passion and pride can lead some of the more unscrupulous humans to claim others discoveries as their own. Of course many breakthroughs are genuinely made in tandem, or are simultaneously occurring, but unless you can categorically prove that you were the pioneer of these incredible findings, then the other party involved will always dispute the fact.

And so we come to stainless steel.

The first point to note is that ‘inventor’ is a very ambiguous term. Is this the first person to think, to document, to patent, or to produce? The second point is that stainless steel wasn’t truly defined until 1911, so are we to cast aside those chromium-iron alloys that don’t quite meet the minimum requirement of 10.5% chromium?

It seems like anyone and everyone has a different claim to being labelled the ‘inventor’ of stainless steel; from Britain, Germany, France, Poland, the U.S.A., and even Sweden.

The cogs were set in motion by Englishmen Stoddart and Faraday circa 1820 and Frenchman Pierre Berthier in 1821. These scientists, among others, noted that iron-chromium alloys were more resistant to attack by certain acids, but tests were only carried out on low chromium content alloys. Attempts to produce higher chromium alloys failed primarily because of scientists not understanding the importance of low carbon content.

In 1872 another pair of Englishmen, Woods and Clark, filed for patent of an acid and weather resistant iron alloy containing 30-35% chromium and 2% tungsten, effectively the first ever patent on what would now be considered a stainless steel. However, the real development came in 1875 when a Frenchman named Brustlein detailed the importance of low carbon content in successfully making stainless steel. Brustlein pointed out that in order to create an alloy with a high percentage of chromium, the carbon content must remain below around 0.15%.

It wasn’t until 1895, when Hans Goldschmidt of Germany developed the aluminothermic reduction process for producing carbon-free chromium, that development of stainless steels became a reality.

Guillet’s work included studies on the composition of what would now be known as 410, 420, 442, 446 and 440-C. In 1906 Guillet went on to analyse iron-nickel-chrome alloys, which would now be considered the basics of the 300 series. However, while noting the chemical composition of his alloys, Guillet failed to acknowledge the potential corrosion resistance of his materials.

In 1909 Englishman Giesen published an in-depth work regarding chromium-nickel steels, while the French national, Portevin, studied what is now regarded as 430 stainless steel. However, it wasn’t until 1911 that the importance of a minimum chromium content was discovered by Germans P. Monnartz and W. Borchers. Monnartz and Borchers discovered the correlation between chromium content and corrosion resistance, stating that there was a significant boost in corrosion resistance when at least 10.5% chromium was present. The pair also published detailed works on the effects of molybdenum on corrosion resistance.

It is at this point we introduce Harry Brearley, born in Sheffield, England in 1871, he was appointed lead researcher at Brown Firth Laboratories in 1908. In 1912 Brearley was given a task by a small arms manufacturer who wished to prolong the life of their gun barrels which were eroding away too quickly. Brearley set out to create an erosion resistant steel, not a corrosion resistant one, and began experimenting with steel alloys containing chromium. During these experiments Brearley made several variations of his alloys, ranging from 6% to 15% chromium with differing levels of carbon.

On the 13th August 1913 Brearley created a steel with 12.8% chromium and 0.24% carbon, argued to be the first ever stainless steel. The circumstances in which Brearley discovered stainless steel are covered in myth; some enchanted tales of Brearley recite him tossing his steel into the rubbish, only to notice later that the steel hadn’t rusted to the extent of its counterparts, much like Alexander Fleming’s experience 15 years later.

Other more plausible, (but less attractive), accounts claim it was necessary for Brearley to etch his steels with nitric acid and examine them under a microscope in order to analyse their potential resistance to chemical attack. Brearley found that his new steel resisted these chemical attacks and proceeded to test the sample with other agents, including lemon juice and vinegar. Brearley was astounded to find that his alloys were still highly resistant, and immediately recognised the potential for his steel within the cutlery industry. 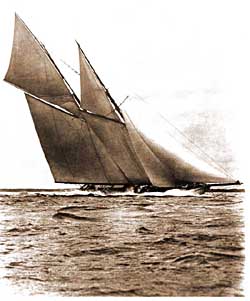 Brearley struggled to win the support of his employers, instead choosing to produce his new steel at local cutler R. F. Mosley. He found difficulty producing knife blades in the new steel that did not rust or stain and turned to his old school friend, Ernest Stuart, Cutlery Manager at Mosley’s Portland Works, for help. Within 3 weeks, Stuart had perfected the hardening process for knives. Brearley had initially decided to name his invention ‘Rustless Steel’, but  Stuart, dubbed it ‘Stainless Steel’ after testing the material in a vinegar solution, and the name stuck. And that’s how Harry Brearley discovered stainless steel…. well, not quite…

During the 5 year period between 1908 and Brearley’s discovery in 1913 many other scientists and metallurgists have potential claims to Brearley’s title.

In 1908 the Germans entered the fray, the Krupp Iron Works in Germany produced a chrome-nickel steel for the hull of the Germania yacht. The Half Moon, as the yacht is now known, has a rich history and currently lies on the seabed off the east coast of Florida. Whether the steel contains the minimum 10.5% chromium content remains inconclusive. Employees of the Krupp works, Eduard Maurer and Benno Strauss, also worked from 1912-1914 on developing austenitic steels using <1% carbon, <20% nickel and 15-40% chromium.

Not happy with Europe hogging the glory, the USA got in on the act. Firstly, Elwood Haynes, after becoming disenchanted at his rusty razor, set out to create a corrosion resistant steel, which he supposedly succeeded in doing during 1911. Two other Americans, Becket and Dantsizen, worked on ferritic stainless steels, containing 14-16% chromium and 0.07-0.15% carbon, in the years 1911-1914. 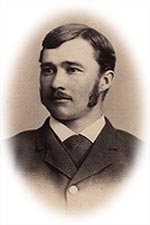 During 1912 Max Mauermann of Poland is rumoured to have created the first stainless steel, which he later presented to the public during the Adria exhibition in Vienna, 1913.

Finally, a recently discovered article, which was published in a Swedish hunting and fishing magazine in 1913, discusses a steel used for gun barrels, (sound familiar?), which seems to resemble stainless steel. Although this is purely speculation, the Swedes have still made an audacious claim that they were in fact responsible for the first practical application for stainless steel.

That concludes the shambolic discovery of stainless steel! Although there is much mystery and speculation behind the discovery of this wonderful material, there is no question that without the combined effort of all the above scientists and metallurgists, (and all the many more that were not mentioned), we would not have such a rich and versatile metal at our fingertips.

Oh, and if we have to give you an answer to that first question? Harry Brearley.