Removal of protective polymer films from the surface of Stainless Steels

However, over time UV rays, heat and cold will effect the adhesive, causing it to harden, degrade, and therefore not remove cleanly upon peeling.

One of the best ways to help peel the film off is to re-apply heat; this could be hot air blowers, or even steam-cleaning equipment. This will help soften the plastic and the adhesive, but you will still probably see some glue left behind

Try to avoid excessive heat though, as you don’t want to damage the surface beneath, (but this only really applies if it has been coated/painted etc).

To remove the adhesive, there are several industrial cleaners that may be suitable. POLIFILM, UK,  indicated that one which seems to be popular is Oilflo 141, but as a rule BSSA does not specifically recommend/endorse any commercial products.

The best way to avoid residue is to make sure the correct film has been used in the first place, the film isn’t too old, or not been left on for too long, (some films have no UV resistance and should be peeled immediately, others have 3 months, 6 months UV etc).

There is anecdotal evidence from the US finishing community that where such films used an Acrylic based adhesive, the common solvents are ineffective, but that household strength ammonia may remove such glues. However, BSSA does not have any results from controlled studies which can confirm that ammonia is effective in these circumstances.

BSSA would like to acknowledge the contribution of POLIFILM, UK in the construction of this article. 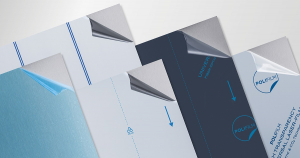 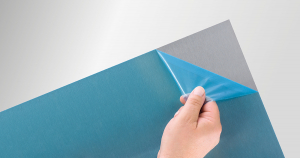 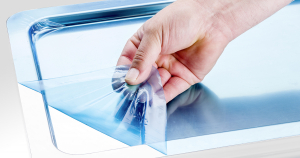